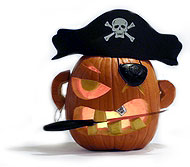 Since last year’s pumpkin carving was so much fun, we decided to give it a go again this year. We were at a loss for ideas until Halloween day when Jenni brought out her pirate paraphernalia. Then it was as easy as walking the plank… END_OF_DOCUMENT_TOKEN_TO_BE_REPLACED

END_OF_DOCUMENT_TOKEN_TO_BE_REPLACED

Our friend Leah recently adopted two new kittens to her household and they’re incredibly fiesty. Here, in this rare moment, Sophia is tired from entertaining guests, and nods off softly for the camera.

I got a few more pictures of Sophia napping, posing, and playing around—even in my shoes.

The mythos of Batman has always fascinated me. I believe it’s because of my own personal desire that I can be significant and purposeful within an interdependent world. Sometimes I believe it’s hard to feel like I’m making a difference when the world is so big. The story of Batman satisfies that desire, as an ordinary man with extraordinary discipline and funds takes on injustice. If you’ve seen the movie or not worried about spoilers, continue on. To the batcave! END_OF_DOCUMENT_TOKEN_TO_BE_REPLACED

END_OF_DOCUMENT_TOKEN_TO_BE_REPLACED

What’s on your Playlist?

From my brother Jack’s blog, an invitation to share our current songs on our playlist:

The Rules: List five songs you currently like. It doesn’t matter what genre they are from, whether they have words, or even if they’re any good, but they must be songs you’re really enjoying right now. Post these instructions, the artists, and the songs in your blog. Then tag five friends to see what they’re listening to.

Most of what I listen to is west coast swing music, but I’ve leaned toward worship music more as of late.

And I’ll tag Clark Wachsmuth, Mary Weatherby (soon-to-be Wachsmuth), Clark Petri, Tovah Petri, and Kevin Tom. Of course they could post their top 5 on their blog or list them as a comment to this post.

Today was my first time renting a DVD from a ATM-like machine outside the Tanasbourne Hollywood Video. It’s a remarkably simple idea and effective. I went up to the machine, chose the movie I want from the kiosk, entered my e-mail address, gave it my credit card, and out came my DVD. Now that’s pretty slick. 24 hour rentals of new release DVDs for $1.49 for 1 night.

I’ve got a paper due and so I’m blogging

Remember the good old college days? Well, some of you are still in them or have yet to experience them. But what I’m writing about is writing papers; or rather the procrastination of writing them.

I have a paper due in my World View class tomorrow, and so what did I do today? I looked at my scrapbook and started writing names, comments and titles in it. Then I read a different assignment for another study I’m taking. Then I called my brother Cory. In college, I always did laundry, cleaned my entire apartment, and called or emailed Cory when I had a paper due. I guess today was no different. Funny thing is, when he started up college, he’d call me out of the blue just to talk. I used to think it was nice of him to call and see how I was doing. Then it hit me…”You have a paper due, don’t you!” He was using me! Well…I guess it’s ok ’cause I did it to him all the time.

So when I finished talking to him this afternoon, I called my youngest brother, Rex. He talked about going to see a movie with me sometime. If he lived next door, I would’ve said “How about right now?” But as fate would have it, he lives in Hazel Dell, Washington and I in Beaverton, Oregon. Shucks. Another day.

When I was done talking to Rex, I would’ve called my other brother Travis, but I don’t have a calling card so I can’t call long distance to Holland. Stimied! So I thought about doing my paper, but I decided a better investment of my time would be in fixing dinner, since company was coming.

Dinner came and went, we studied a bit for class together, and now they’re gone. Nothing for me to do now but my paper. Time for something sweet to snack on. Arg! There’s nothing sweet in this apartment because I’m allergic to sugar. Road-blocked again! Oh well, I guess I’ll do my paper.

Oh…it’s getting to be 9:30. Maybe I’ll go to bed now. Nevermind the fact that I usually get to be around midnight everynight. Tonight, I need my beauty sleep. So I can do my paper tomorrow! Yeah! That’s it! (I hope my teacher never visits this site.)

Val once told me that Marco said that you’re not the same dancer after a dance convention. I wholeheartedly agree. I think that anyone who spends an entire weekend reuniting with friends, learning more about their craft, being inspired by champion dancers, and dancing with people from all around would hardly remain the same dancer. Then, if you compete, you’re also spending the weekend looking for partners for strictly swing, dancing with other people around your level for Jack and Jills, changing outfits each round of competition, dancing until the sun comes up, and wondering if you’ll be awake for work the next week. How can anyone stay the same? END_OF_DOCUMENT_TOKEN_TO_BE_REPLACED

END_OF_DOCUMENT_TOKEN_TO_BE_REPLACED

There are mornings where I drag myself to get to work, knowing I have a 25 minute walk to the MAX station. Although I know that the exercise is great to wake me up and maintain my health, sometimes it’s still a chore. Especially when it’s cold and rainy.

However, when it’s foggy, I enjoy looking around because it’s a whole new world. I’m only aware of my environment to a certain distance then it blends into a solid gray. At 170th and Elmonica, where the closest MAX (Portland’s mass transit) station is, I took out my camera to capture some of the foggy elements. I’ve often looked down the distance of the tracks and enjoyed the lines.

When I saw the stop sign, rather than reading it literally as a caution to watch out for the train when crossing tracks, I was reminded that in life, to stop and smell the roses on occasion.

From my worldview class I’m currently taking, one of the required texts is “Searching for God Knows What” by Donald Miller. In the second chapter, he wonderfully describes how Santa was destroyed in his youth. I think we all have a moment in our youths where a part of our innocence is lost. END_OF_DOCUMENT_TOKEN_TO_BE_REPLACED

END_OF_DOCUMENT_TOKEN_TO_BE_REPLACED

My boss at work has an adorable little girl who’s about to turn one. She’s recently started to walk and she’s fun to watch. She’s not people shy and gets excited easily. It’ll be great fun when she starts to talk.

On two occasions, Jenni has gotten the opportunity to babysit Elsie while her mom and dad had a meeting. Jenni and Elsie would hang out at the Vernier Gym at my workplace, playing with pilates balls, basketballs, and her own stroller. In this picture, she was enjoying her macaroni. I like this picture because it captures her heightened awareness of the world around her.