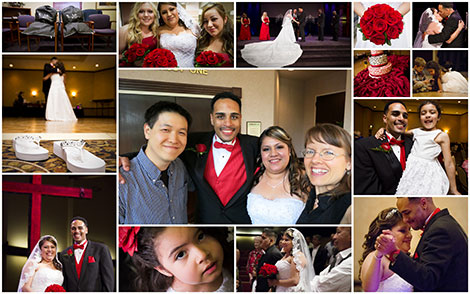 Lamont and I work in the same department at Vernier, but I didn’t know him until we sat beside each other at a Blazer game. Not long after, I saw him in passing at church, and we began chatting here and there.

I learned that he had been with his girlfriend for several years and he had two beautiful little daughters near the same age as my own daughters. I remember praying that he would marry his girlfriend someday. Not only was that prayer answered several years later, Jenni and I were invited to be their wedding photographers.

We couldn’t be happier for the both of them.