I hate to admit it, but Jenni’s right (as she often is): I stress out about my birthdays. With it being my 40th, the expectations were higher than usual. Back in July, I already started a brainstorm of what I wanted to do. However, when it came around to January, I found myself lost.

The kids had their weekly piano class Saturday afternoon before we dropped them off with my parents for the night. We drove a few blocks away before arriving at an old favorite Hawaiian food restaurant, Noho’s. We enjoyed a quiet dinner reminiscing about the Hawaiian food we enjoyed in our early days of marriage, when there was a Noho’s in Beaverton. I ordered the menehune size, the smallest portion, and it was much more than I was expecting. To think, twenty years ago, I scoffed at the menehune size and often ordered the blalah (largest) size. Ah, youthful metabolism. 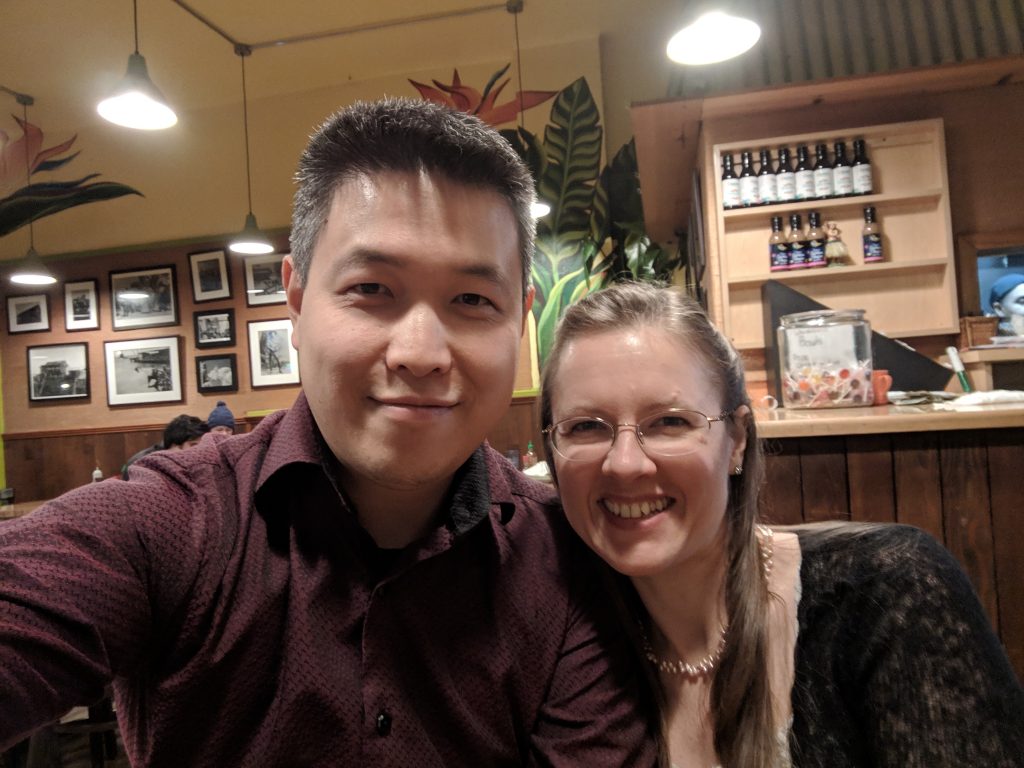 We had two hours before the swing dance at the Sunnyside Grange, so we strolled around Clackamas Town Center’s shops. We eventually landed in Barnes and Noble’s to enjoy their books and toys. Again, reminiscent of how we used to hang out at book stores for dates, lose ourselves in different sections, then rendezvous with something cool we discovered.

Driving to the Sunnyside Grange brought back memories of serving on the board of directors for the swing club over ten years ago. The monthly meetings, dance setup, clean up, hosting, and teaching. I was blessed the years I served, to be surrounded by talented and generous board members who loved west coast swing so much. 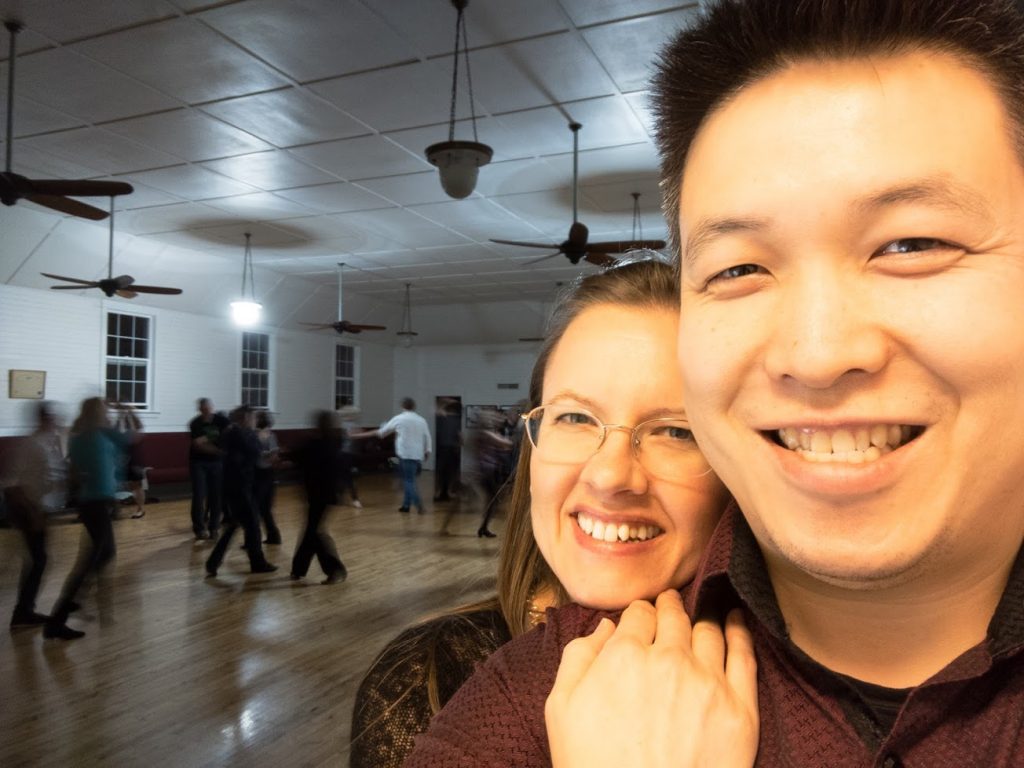 Jenni and I felt slightly out of place. There were a few people we recognized, but most of the dancers were strangers to us. We haven’t attended many dances after we had kids. We initially made a strong effort to attend but found that the late hours and logistics with kids made it harder to go. Whenever we had a date night or weekend, we always tried to dance—after all, that’s how we met.

We slept in Sunday and enjoyed a quiet morning together before rejoining my kids and parents to make potstickers. My parents made a nice dinner with noodles for my birthday.

Upon waking on Monday, Bruce was too sick to go to school. So I decided to cancel my original plans to ride the MAX train from the Hillsboro end to the Gresham end. I drove to Target and bought a LEGO set I was interested in and enjoyed the luxury of building it myself. Often, my LEGO sets are built by my kids (and I love seeing them enjoy it), but this one was for me. I don’t play the game Overwatch, but I’m impressed by the cinematic animations that Blizzard made for the characters. The story video for the LEGO set I purchased, Bastion, was bittersweet with threads of post-traumatic stress disorder, finding peace in nature, and hope to change our destinies.

Our van was long overdue for new tires. When I took the van in for a check up the week before my birthday, the dealership reported that two of our tires were bare. That made it dangerous to drive, especially in the rain. The new tires I ordered online arrived at a shop on my birthday, so I took the responsible route and had the van’s tires replaced. While I waited, I enjoyed a drink over at a boba tea shop.

The next day, all the kids went to school, so Jenni and I watched Spider-Man: Into the Spider-Verse. The animation was unlike anything I’ve ever seen boosted with a soundtrack that I’m still listening to two weeks later.

And now, two weeks later, I don’t feel as lost as I did. While I didn’t do something remarkable on my birthday, I recognize that it was the beginning of a new decade in my life. It may not have started with a loud bang or big splash, but I feel a quiet peace and anticipation that God has something amazing on the horizon. I mean, come on, what a ride He has given me so far: I have an amazing job, married to a beautiful wife, father to three smart kids, surrounded by my loving family, and connected to inspiring friends. 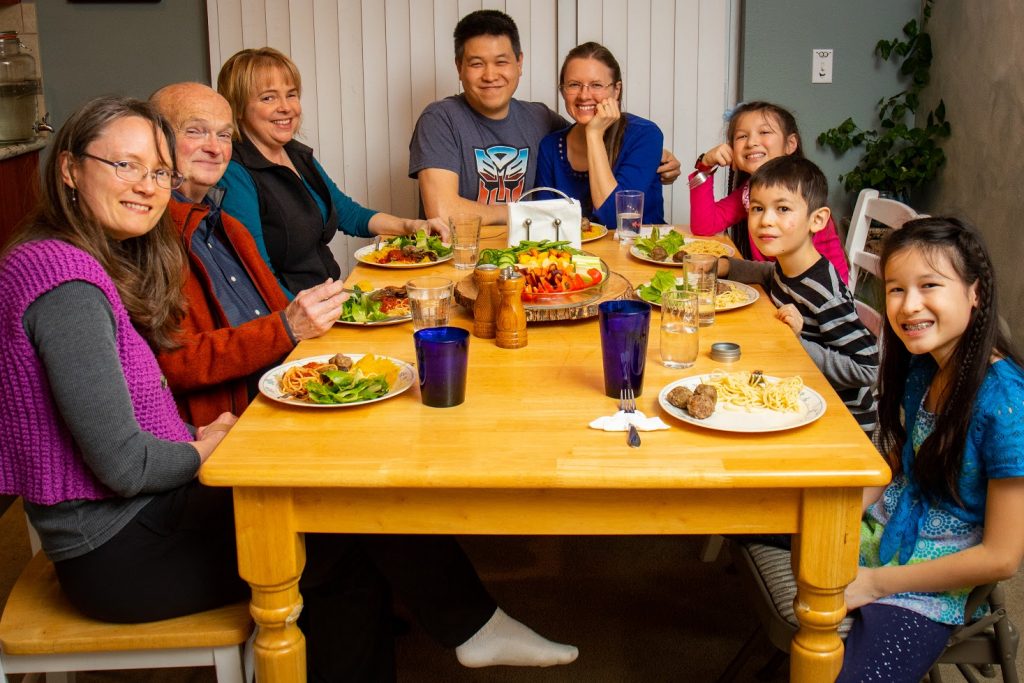 More from "Clearing the Cache"